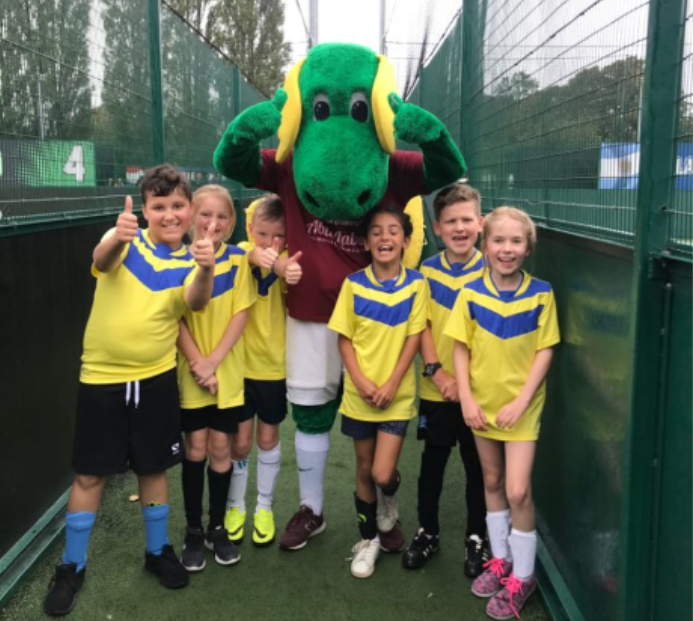 On Friday the 27th September, we went to a football tournament at Goals, which was run by Barclays. When we got there, there were so many schools. We took three teams- one from Year 4, 5 and 6. The Year 6 team won one of their games 5-3, but sadly lost the rest. To be fair the other teams were amazing at football. Surprisingly, we got into the semi-finals of the Plate competition. Isaac was amazing in goal and saved many shots, although he said he did not like playing in that position. The weather was a bit rainy but we didn’t get too wet. Even though we didn’t win any games, we all played our best and were pleased we had been picked to play. It was an amazing day.