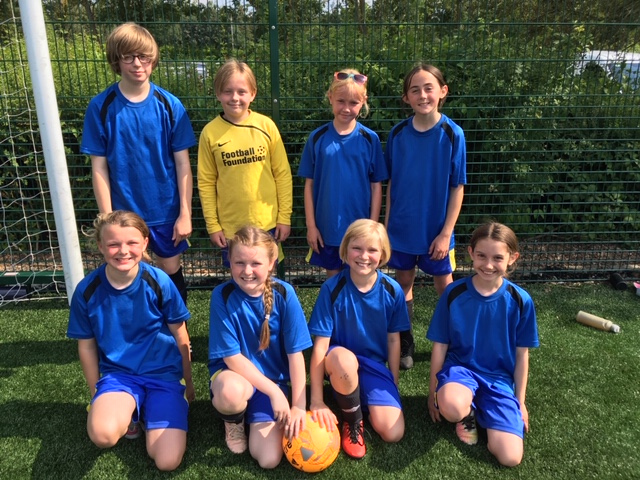 On Tuesday 16th July, 8 Yr 4, 5 and 6 girls took part in a football competition with a World Cup theme. On a very hot afternoon in Daventry, the team played 3 matches in the group stage and won all 3 without conceding a goal. The  semi-final was a tougher match against Weedon Bec but the team won 3-1 which meant they made the final, but unfortunately the girls lost this 1-0. However, throughout the competition each team scored their opponents on 6 values of honesty, determination, self-belief, respect, passion and teamwork and I am pleased to say Brixworth won this award. This is a true reflection of how gracious the girls were both in victory and defeat. This is another example of how amazing our children are and what sets them apart from the rest.

Also congratulations to both Evie P and Mia J for being accepted into the Cobblers Girls Football Academy.