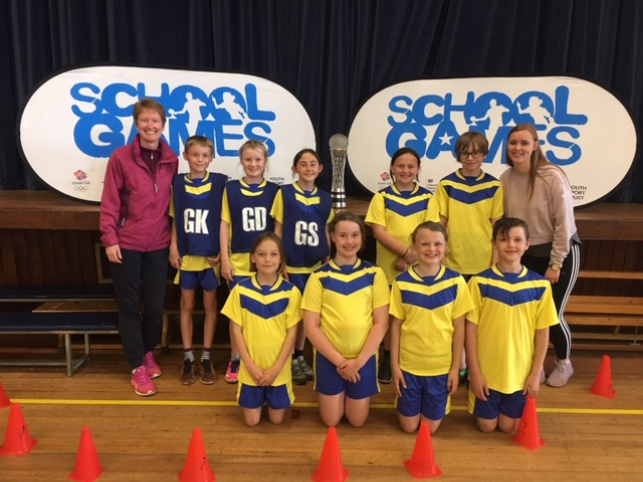 On Thursday 6th June, the netball team played in the district finals at Sponne School. The highlight was a 3-2 victory which helped in the overall result of finishing 3rd out of 5. Also, at the tournament, the Netball World Cup trophy was on display and the team had their photo taken with it.