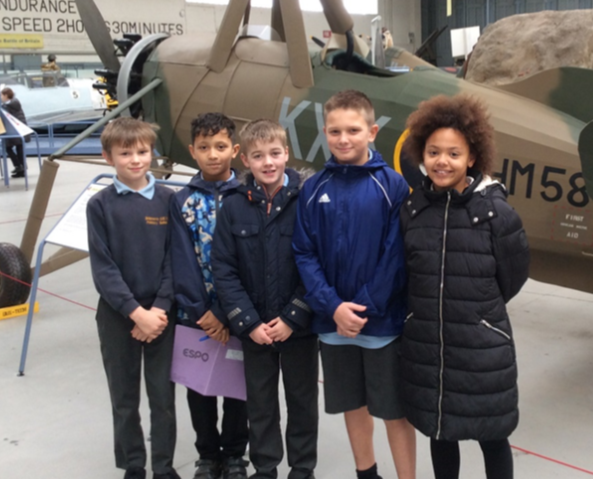 When we got to the museum we dropped off our baggage and began to look at the main section of building 1 which was based on aircraft. Each plane had a number on it and went up to 8000. We went

upstairs and used the interactive demonstrations of how a plane flies and how the plane gains electricity.

Then we went to hangar 4 which was all about The Battle of Britain. In hangar 4 was a Morrison Shelter with wax people inside and a voice recording of a family from WWII. There was a wall of interesting facts next to a video of the British Army in WWII.

Finally we went to a room with a glass tank full of common weaponry during the war and drawers holding medals that were awarded during WWII. One of them looked like an oversized ten pence coin.

The class really enjoyed the trip and we learnt even more about WWII and aircraft.

By Katie B and Bella G Yr 6